Want to boost your memory and mood? Take a nap, but keep it short

We’re told to have power naps to keep us safe on the road and improve our alertness if we’ve had insufficient sleep. They even help our surgeons stay awake during long shifts. But siestas and nana naps can also leave us feeling groggy and lethargic. So are they healthy or harmful?

First, let’s look at the benefits.

Many people experience overwhelming sleepiness during the mid-afternoon while reading or working on the computer. Taking the time for a brief nap will almost immediately relieve this feeling and improve alertness for a few hours after waking.

A brief nap can not only reduce sleepiness but also improve cognitive functioning and psychomotor performance (the brain telling the body to move). A few minutes of shut-eye also considerably enhances short-term memory and mood.

These benefits are similar to those experienced after consuming caffeine (or other stimulant medications), but without the side effects of possibly disrupted night time sleep or developing caffeine dependence. 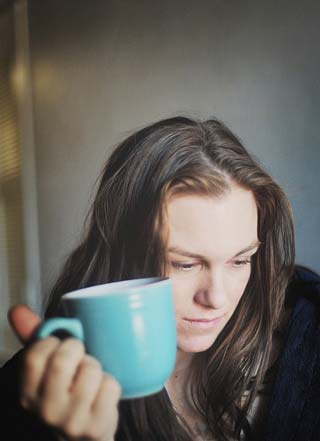 Optimal length of a power nap

The length of the nap is very important in determining its subsequent effect on alertness and cognitive functioning. Although naps of all durations (from five minutes to two hours) have been shown to have some benefits to alertness, the way in which these benefits emerge after waking up varies according to length of nap.

The transition from sleep to wakefulness can take up to 30 minutes. | Photo Credit: amanda tipton, CC BY-NC-ND

The benefits of a brief nap (up to 20 minutes) emerge almost immediately following the nap and can last up to three hours.

The alerting benefits of long naps (one to two hours) however, are delayed after waking but typically last longer. The improvements in alertness and performance following a long nap can still be experienced up to 24 hours after waking.

But after waking from a long nap, individuals typically feel sleepy and groggy for a short while before feeling refreshed and rejuvenated. This feeling is called sleep inertia and reflects a transition from a sleep state to an awake state and can last up to 30 minutes.

The magnitude of sleep inertia depends on several factors, the most important being the amount of deep sleep (also known as slow-wave sleep) within the napping episode. Since slow-wave sleep develops gradually (over time spent asleep), awakening from a longer nap usually produces longer and more intense periods of sleep inertia.

Brief naps are associated with shorter periods of sleep inertia, and for very brief naps (five to ten minutes), no sleep inertia at all.

It’s also worth mentioning that long naps contain more deep (or slow wave sleep) than shorter naps. So when long naps are taken in the afternoon, it can be more difficult to sleep that night.

What’s the best time for a nap?

The rejuvenating effects of a brief nap are also influenced by when the nap is taken and how long an individual has been awake prior to the nap.

Brief naps taken in the early afternoon, at about 2pm, have a greater recuperative value than when taken at any other time of the day.

So it’s unlikely that a single brief nap could replenish alertness after a night of total sleep loss.

Benefits of the power nap

The benefits of naps are well established and can be used in a variety of situations to regain alertness and minimise feelings of sleepiness.

Brief “power” naps are ideal in the work place as they can be taken during an employee’s break time. The almost immediate improvements to alertness, with minimal sleep inertia, allow maximum productivity to resume almost immediately after waking from the nap.

Napping can also help overcome jet lag following travel across time zones. A brief daytime nap can be used to alleviate sleepiness when trying to save your long sleep for the night at your destination.

So instead of reaching for a cup of coffee the next time sleepiness creeps up on you in the afternoon, use the time for a brief nap and enjoy feeling refreshed and rejuvenated without interfering with your night’s sleep.

« Health Check: can I exercise while getting over a bug?
Ways to Incorporate More Greens Into Your Diet »